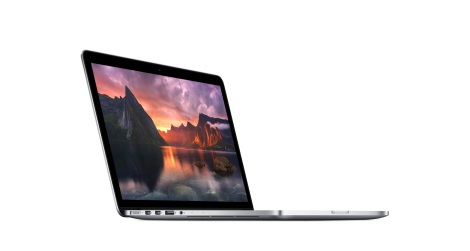 Apple today released updates for a number of their products including their Macbook Pro Retina line.  The notebooks have been upgraded with the latest Haswell processors and a new Intel “Iris” GPU.  They’ve also gotten thinner and lighter than the previous models.  The flash storage has been upgraded as well, with the highest internal capacity now available up to 1TB.

But perhaps the most exciting news today is the new lower pricing.  Both models are now $200 less than they were previously!  They will also both come with the newest version of OSX…Mavericks, which is also available as a free upgrade to those running OSX 10.6.6 or later.

These new systems are both available for purchase starting today.  And keep on the lookout for previous versions of Macbook Pro at other retailers as they will probably start dropping in price after today.