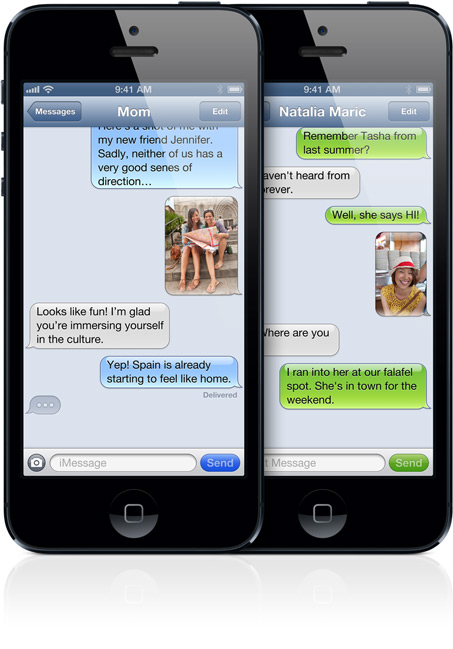 I’m currently test driving a Windows 8 Phone.  In order to do this I had to temporarily transfer my cell service from my iPhone 5 to the Windows Phone. In doing so I seem to have stumbled upon a problem with using Apple’s iMessage service.

For those who don’t know iMessage is Apple’s proprietary message delivery service that allows users of Apple devices to send text and multimedia messages to each other using data only, instead of the carriers messaging service.  This has been a great convenience for me as I can respond to text messages from whichever device I happen to be using at the time!

Apple likes to design their products so that they “just work” with very little setup or configuration required.  This is one instance where that idea backfires.  Because there is very little configuration involved you also have very little control in trying to fix problems when things go wrong.  I didn’t notice it at first, but after a couple of days I realized that I was not receiving text messages from either my wife or a good friend in another state, both of whom had iPhones.  I could send them text messages, but when they replied to me their messages were being delivered via iMessage…to my other Apple devices!

I started doing research online and found that this is a common problem for people who move away from iPhones to other types of smartphones.  And there is no easy fix!  I tried removing my cell number from the iMessage settings from all my other devices but texts were still being delivered to the Apple devices instead of my cell phone.  The only resolution that worked for me was to turn off iMessage on every Apple device I own…the iPhone, iMac, iPad Mini, and Macbook Air, only then did messages finally start to come back to my Windows phone.

For me, this is only a temporary problem as I’ll be transferring my service back to my iPhone shortly.  But Apple really needs to find a way to truly resolve this.  Do you have any recommendations that I may not have considered?  Tell me in the comments below.