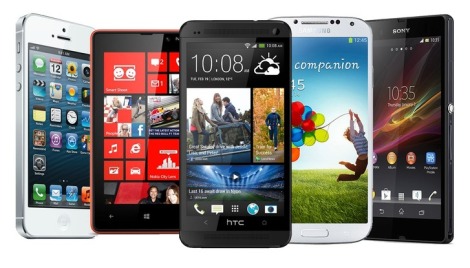 My how things change in a year!  This is especially true when the subject is technology.  Personally, I’ve made the switch from Android to iPhone; a decision that I’ve been pleased with.  And there is a prodigal son story in this years edition as well…Blackberry may survive yet!  So read on…and educate yourself on selecting which smartphone will be the best for you.

Quite a while ago I published an article on How To Choose Your Next Cell Phone, but let’s delve a little deeper into this subject.  Let’s say that you’ve already got your carrier picked out and you’ve decided that you definitely want a smartphone.  Which to choose?  Certain big box retailers would have you believe that this process is very complicated and you need the help of trained salespeople to decipher the specs and lead you in your quest to choose from the dozens of smartphones available right now.  In reality it’s much simpler.  In today’s current market you really only have 4 choices to make…iPhone, Android, Windows and now Blackberry.  A couple of years ago Windows phone would not be a contender and last year Blackberry almost went the way of Palm but things can really change fast when you are talking technology.  So let’s consider each of these and see which is right for you.

The iPhone is really the smartphone that led the way for the current consumer smartphones on the market today.  Sure there were a few smartphones before, but none of them came even close to the features and ease of use that the original iPhone did.  It really did revolutionize the entire cell phone scene.  And the iPhone has made a number of changes over the last few years to keep it as a contender in the top of the line phones today.  This is not to say that the iPhone is the perfect smartphone, there are a number of things that I and many others don’t like about it.  Unlike Android there are a number of limitations that Apple will not allow apps to make within the phones core functions.  The 4″ screen on the iPhone 5 is still considered too small by many people and we are just now starting to see a few accessories available that will work with the new Lightning connector. 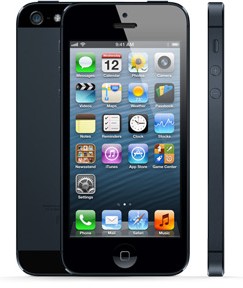 But even with those negatives I just mentioned the iPhone is one of the best phones you can choose.  It. Just. Works.  The App store has the most apps available of any other smartphone.  It is and has been for years one of the easiest to use smartphones.  And as for accessories available for previous generation iPhones…well no other phone comes close.  Because the iPhone has been so consistently popular there are apps and accessories that allow you to do just about anything you could want to do.  The iPhone is now available with every major US carrier.  It is not complicated, and this is something that cannot be said about Android phones.  Because the iPhone is so easy to use it’s the phone I usually recommend to non-techy people.  My wife is the perfect example, she is one of the smartest people I know but she is not what you would call tech savvy in the least.  But she loves her iPhone.  You can buy an unlocked iPhone 5 here.

I’ve been a fan of Android since I bought my G1 back in November of 2008.  Since then Android has only gotten better.  Android is the king of customization.  Because Android is open source, developers have access to the root of the phones abilities and can have it do pretty much anything you can think of.  And with Android you have the choice to select a smartphone with a physical keyboard, something that is not available with iPhone.  You have different screen sizes you can choose from, everything from 2.55″ all the way up to a whopping 6.3″.  So with Android you have choices, maybe a few too many as this has also led to the problem of fragmentation.  I don’t believe it’s as much of a problem today as it was a year ago but you may find that certain apps may not run on all phones. 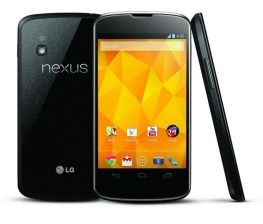 version of Android that has been customized by the manufacturer.  When Android was first released this served a valid purpose, to supplement lack that pure Android may have been missing.  But that’s not really the case anymore.  Android 4.2 is really the best version of the OS that you can have, but manufacturers still insist on customizing Android with their own skin.  If you are the type of person who wants the latest OS updates and releases you will want to choose one of the Nexus devices…currently the latest being the Nexus 4.  These devices are designed and built with the manufacturer working closely with Google and always run pure versions of Android.  They are also the first devices to receive any OS updates or revisions.

Android phones are best for more tech savvy users, people who like to tinker with their phones.  Android can do pretty much anything that iPhone can do and more, but with those abilities comes a little more complexity.  This is not to say that regular consumers will not be able to use Androids, but they may be less satisfied and more frustrated when they can’t figure out how to do something that could more easily be done on an iPhone.  You can find an unlocked Nexus 4 phone here. 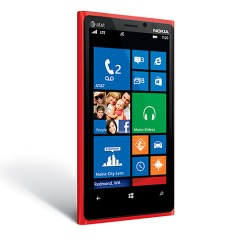 The next option you have to choose from are the new Windows Phone 8 phones.  Microsoft redesigned their newest mobile OS from the ground up and it shows.  The interface is simple and quite beautiful.  Unfortunately I have the least experience with the Windows Phones but what I’ve seen so far I really like.  I’ve recommended this phone to the same crowd who might like the iPhone, those who want an uncomplicated phone experience.

Like Android, the Windows Phones are made by a variety of manufacturers, but unlike Google, Microsoft provided a set of guidelines that manufacturers were required to adhere to in order to use the OS.  What’s really amazing is when you compare the specs of Windows phones to that of Android or even iPhone you may be surprised at how inferior they may appear to be.  But Microsoft designed the OS to run smoothly on less beefy hardware.  The best Windows Phone available right now is the Nokia Lumia 920.  This is really a beautiful phone and I’d love to have the chance to review.

The only minor drawback I see to Windows Phones right now is the lack of available apps.  Last I heard there were about 150,000 apps available…which sounds like a lot!  But when you compare that to Apple and Android who each have hundreds of thousands of apps you can see that it’s still lacking.  There are still major apps like Instagram, Google +, and Hulu Plus to name a few who are still missing from the Windows Phone marketplace.  But even still I think that Microsoft is a definite contender and would make a great smartphone for many people.  You can find Nokia Lumia 920 for AT&T here.

A year ago most people believed that Blackberry was circling the drain, heading for the same fate as Palm.

But with their latest iteration they may have redeemed themselves to the point of staying alive.  I have no personal experience using these phones but the reviews I’ve read and the demo’s I’ve seen look very good.  Blackberry is still primarily intended for the business workforce but they have some really cool features that you may want to consider if you plan on using your phone at work and home.  Their keyboard with predictive text is probably the best I’ve seen and their enterprise functionality is still better than any other brand.

Blackberry to me has two problems to overcome.  Like Microsoft, they lack the same quality apps that Android and iPhone have, but even more so.  Here is just a short list of major apps that Blackberry is missing:  Youtube, Netflix, Hulu Plus, Spotify, Pandora, IMDB, Yelp, Skype, etc…  Without these types of major apps it’s going to be hard for Blackberry to make it in the consumer market, which is where the majority of customers are.  Their second problem is their reputation.  They just have been releasing such horrible devices in the last few years that it’s going to take time for them to redeem their reputation.  But as I’ve said, their two current devices are a step in the right direction.  Find an unlocked Blackberry Z10 here.

So there you have the major choices.  Once you know which mobile OS you want you just need to select the best phone available.  With iOS that’s simple, you only have one choice.  With Android and even Windows Phone series be prepared to be a little frustrated because new phones are coming out all of the time.  You really should pick the latest and best phone that is available and try to be content with what you’ve selected.  My last bit of advice comes from my earlier post on selecting the phone that’s right for you.  Go to the store and try them out, play with them as much as you can in store, or when your friends get new phones ask them if you can check it out.  When you do buy a new phone keep all of the packaging in case you change your mind.  Different states allow for different return policies but in California you have 30 days.  If you find you aren’t happy take it back and choose something else!  These phones usually come with a commitment and you really want to be happy with whatever you select.