As I’ve said before, one of the primary reasons I wanted to switch from Android to iPhone is the abundance of accessories that have always been available for the iPhone.  So after years of waiting I finally did it…I made the jump to the wonderful iPhone 5.  And then I went to look for a dock…(crickets) there were none!  At least no “legitimate” docks.  Sure I could get these weird crappy chinese knock off docks but I didn’t want that.

It seems that when Apple made this brilliant decision to change their dock connector to the new lightning adapter, it’s a bit complicated for 3rd party manufacturers to build new docks for these new connectors.  So after months of waiting there are now at least a couple of options for those of us who have been patiently waiting for a new iPhone 5 dock. 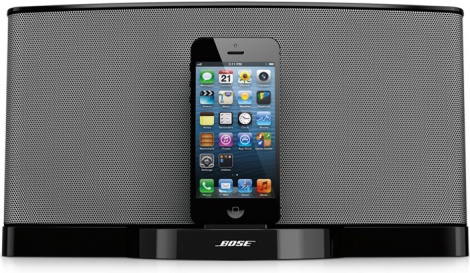 A little pricey if you ask me at $249 but that’s what we’ve come to expect from Bose.  I do have to admit though that when it comes to audio quality it’s hard to beat Bose. 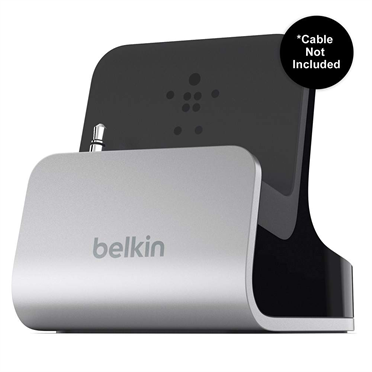 So the Belkin Charge + Sync Dock is really more of a pass through dock.  It doesn’t actually come with the lightning connector to connect to your iPhone.  Instead it allows you to use your own lightning cable that came with your phone to provide charging capabilities on the dock.  There’s also a headphone jack that can also be rotated out of the way if you only want to use the dock for charging.  But at $29.99 it’s a much more reasonable priced dock and sold directly from the Apple store.